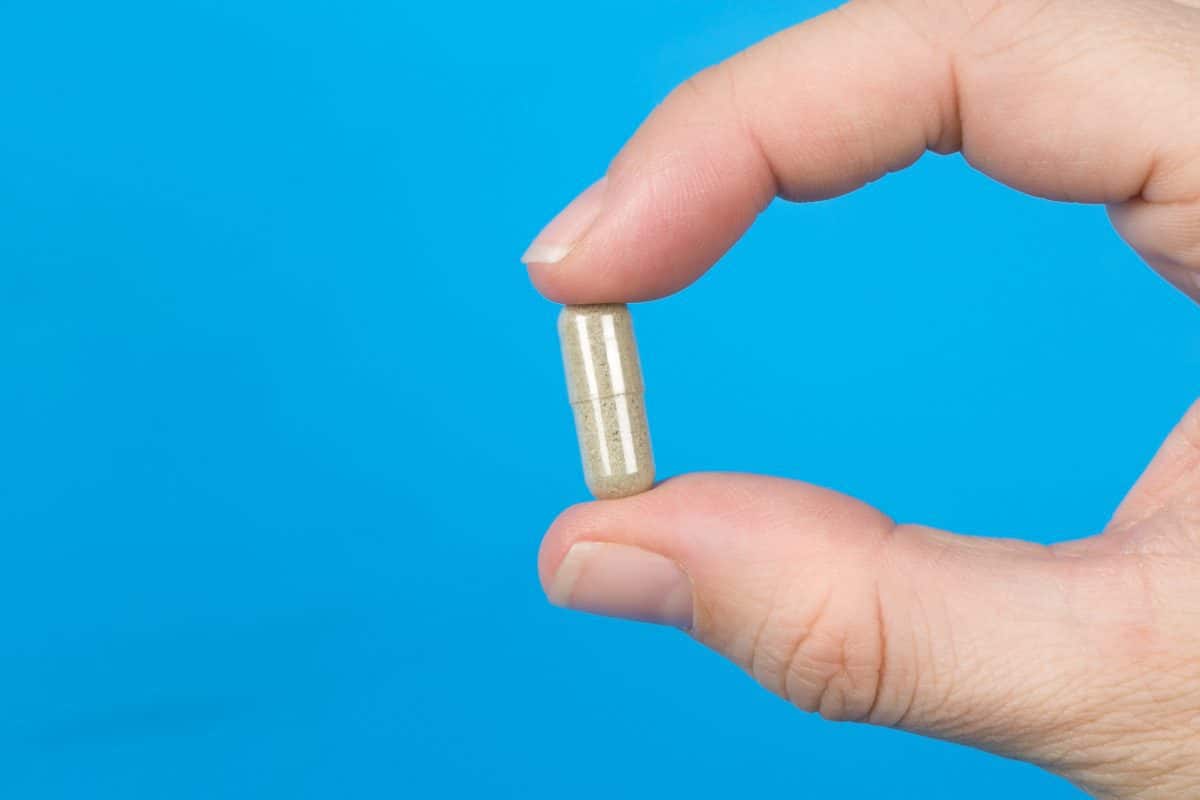 CLA stands for conjugated linoleic acid. It is a natural, multi-unsaturated fatty acid found in meat and dairy products. Today, we often hear about the benefits of CLA. If you are struggling with weight loss, you have definitely heard a lot of it. CLA-based supplements attract the consumers’ interest due to the potential effect on the reduction of fat and body weight, but also better body shaping.

CLA for weight loss is also interesting for consumers due to the fact that it is naturally present in some food sources (mostly red meat and milk) and the concept of a “natural compound that has no side effect” is very attractive. In addition, CLA has other beneficial effects on health. We will talk about these effects later in the article. So, what is CLA actually? Let’s find out.

Today, we know exactly how it’s formed. When cows, sheep, and goats consume grass, the linoleic acid from the grass is converted into CLA and then incorporated into tissues and milk. Therefore, meat, milk and dairy products (cheese, butter) that we receive from these animals are the richest CLA sources. CLA can also be produced from safflower oil (high-saturated oil obtained by pressing or extracting the seeds of the Carthamustinctorius plant).

Why is CLA important?

There are two primary focal points of action of the CLA – adipocytes or fat cells (place of fat storage) and skeletal muscle cells (places of fat conversion into energy).

CLA is very important for the metabolism of the fat cells because it works to reduce their formation and stimulates their burning in the muscle cells. Research has shown that CLA has a strong antioxidant effect, reduces the appearance of allergies and contributes to the health of the circulatory system. In addition, it leads to a better immune function (2).

How does it work?

Clinical studies have shown that CLA reduces lipoprotein lipase activity (LPL) – the enzyme responsible for the transmission of triglycerides from blood to the fat cells, where the triglycerides are stored. At the same time, CLA stimulates lipolysis (degradation of stored triglycerides) in oily cells.

With respect to the above said, there are four key mechanisms through which CLA helps in reducing the body fat content:

Some of the well-known benefits of CLA as a supplement are:

It’s clear that CLA is a supplement good for any athlete who wants to lose weight, and makes corrections in the body composition.

Muscles burn fat, which is also a contributing factor in accelerating metabolism and a powerful tool in losing and controlling body weight.

Nowadays, more and more people are facing increased cholesterol and triglyceride levels. One of the beneficial effects of CLA is decreasing the high levels of these enemies of the cardiovascular system.

It boosts the immune system

With the environment of several million bacteria each day, our immune system is constantly fighting against them. Therefore, it’s very important to ensure it’s working properly and protect it as much as possible.

In addition, CLA supplements are proven to be very important in increasing the muscle ratio in relation to fat ratio, reducing fat deposits (especially on the abdomen) and stimulating muscle growth. CLA encourages these reactions by reducing body fat by increasing insulin sensitivity in order to enable the fatty acids and glucose to pass through the membrane of the muscle cell away from the fat tissue. The direct consequence is a higher muscular to fatty tissue ratio (3).

Furthermore, CLA can stop negative catabolic activity. What does this mean? When the process of catabolism (decomposition of large molecules into smaller units) and anabolism (construction of large molecules from smaller units) is not in balance in our body, there is a loss of the muscle tissue. CLA can help maintain that balance. This is very important for sportsmen.

The results of the study on the effects of CLA on fat deposits and weight were published in reputable medical research journals. They show that intake of CLA directly affects weight loss, especially fat burning. The so-called “double-blind” study was conducted on 20 participants who were exercising in the gym three times a week. Each session lasted 90 minutes. The respondents did not change their eating habits nor their lifestyle during the study. Those who took 1.8 g of CLA per day recorded a decrease in body fat, as opposed to the group that took a placebo supplement (2).

Moreover, people who took CLA supplements reported a lower incidence of colds and flu. Scientists relate this effect to the antioxidant activity of CLA.

Another study shows that conjugated linoleic acid (CLA) reduces body fat in humans. This is already the fifth study published in the medical journals in the last 18 months that proves the role of CLA in reducing body fat (3).

Other available studies were mainly conducted on animals. Rabbits and mice in laboratory conditions improved the muscle mass to fat ratio when given CLA. Moreover, studies on animals have shown that CLA increases bone mass and positively affects diabetes (4).

How to get enough CLA?

The human organism cannot synthesize CLA, so we have to get it from food, namely from meat, milk, and dairy products, or through supplements.

The age of the animal and seasonal factors also affect the CLA levels in milk and meat. In the spring and summer, the ratios are the highest. The share of CLA in the total fat of milk and dairy products is between 0.34 and 1.07 percent, and in raw or processed beef the proportion of CLA is between 0.12 and 0.68 percent.

The daily intake of CLA is supposed to be 212 mg in men and 151 mg in women if they do not consume commercial CLA preparations. The main input comes from dairy (60 percent) and meat products (37 percent).

Scientists believe that we are intaking significantly less CLA through food today than thirty years ago. There are several reasons that have led to such a phenomenon. First of all, a large number of cattle are today fed industrial rather than with grass. Furthermore, we have less red meat in our diet and we eat more poultry instead. We also eat more vegetarian foods. For these reasons, CLA should be taken via supplements. If you are using CLA for weight loss, scientists recommend 3 grams per day (5). The recommended daily dose of CLA does not exceed 4g.

When to avoid using CLA?

There are certain categories of people that should avoid using CLA. None of the side effects was scientifically proven, but there are concerns about the following categories and conditions.

CLA was proven to slow down blood clotting. This is why people with bleeding disorders must not use CLA. In addition, patients already taking anticoagulant medicines, such as patients who had suffered a stroke, should avoid CLA.

Similarly, CLA must not be taken at least 2 weeks prior to surgery. It may cause additional bleeding during or after the procedure due to the already mentioned anticoagulant activity.

The greatest concern about children taking CLA supplements is related to the lack of studies and possible long-term use side effects. It was shown that CLA is safe for children to use up to seven months. Any period longer than that was not tested and is not recommended.

This sensitive and special state requires special care and precautions. This is why lack of evidence and research of CLA intake in pregnant women and during breast-feeding leads to a mark “likely safe”. However, this is valid only for food supplement dosage, not for medical dosage. In addition, consult your medical care provider or doctor before taking CLA during pregnancy and breastfeeding is highly recommended.

Lack of research leads to special caution in diabetic patients. Some scientists have expressed indications and concerns related to CLA use in those suffering from this disease.

Similarly, scientists claim that taking CLA if you have the metabolic syndrome might worsen your condition. In addition, it might increase your chances of getting diabetes. Avoid using CLA in case you are suffering from metabolic syndrome (6).

In conclusion, we can state that conjugated linoleic acid, known as the CLA, is a very useful fatty acid necessary for normal and proper functioning of the organism. In the past, we were getting just the right doses of CLA naturally, through our diet. Today, altered lifestyle and diet led us to conditions with lack of nutrients, including CLA. This is why taking CLA as a supplement if you are not pregnant, breastfeeding, don’t suffer from diabetes, metabolic disorder, bleeding disorder, or are not going to have surgery is recommended.

In addition, the positive effects of CLA for weight loss are scientifically proven. It targets fat deposits and helps increase the muscle to fat ratio.

previousPhentermine and High Blood Pressure: Is It Safe?

nextWhat Can You Eat On Keto Diet?