The prevalence of obesity is increasing, and the condition is now considered an epidemic worldwide. Obesity exposes the body to many chronic diseases, including sleep apnea, kidney disease, breast disease, and diabetes. People who are obese are also more likely to suffer from depression and develop cancer, according to multiple studies that have been conducted on the topic (1). 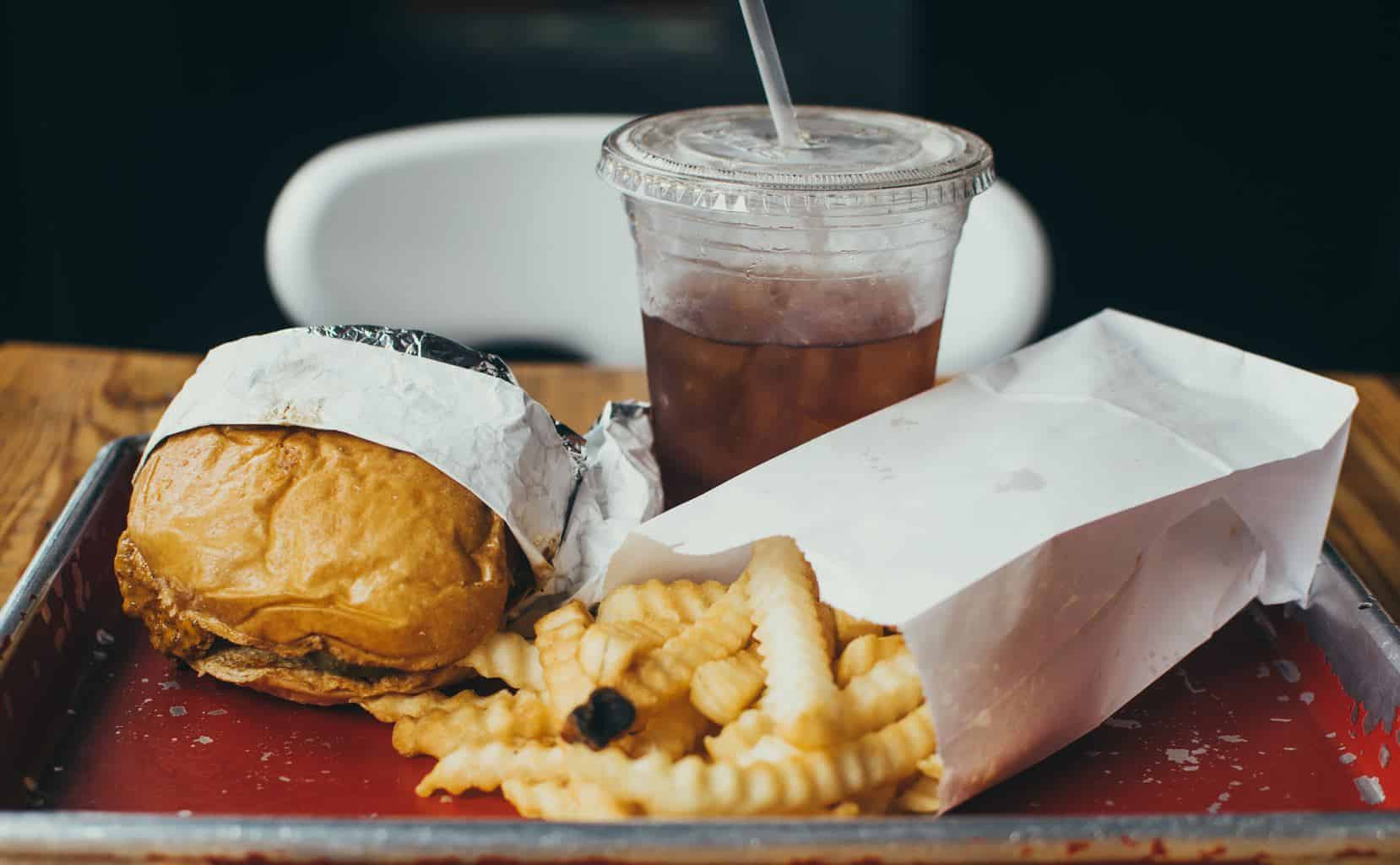 One of the most concerning factors about obesity is the fact that it is considered a preventable disease (2), as well as a preventable cause of death in thousands of cases each year.

For those who are overweight and on their way to obesity, understanding the specific factors that are known to contribute to excessive weight gain and ultimately lead to obesity is important. By understanding the specific factors affecting a particular individual, appropriate actions can be taken to prevent this disease from developing. This can prevent the risks associated with obesity and also potentially lead to a longer lifespan.

Here, we are going to take a look at some of the main causes behind obesity and provide a couple of tips on what can be done to possibly prevent these risks from causing excessive weight gain.

1. Calorie Surplus (Eating Too Many Calories)

One of the most important factors that are known to contribute to excessive weight gain and ultimately lead to the development of obesity would be a calorie surplus. The term ‘calorie surplus” is used to describe a diet where a person would consume too many calories – the number of calories that they consume in a single day exceeds the total number of calories that they would burn through physical exercise and through the body’s natural processes that take up calories.

All the excess calories that are consumed will be stored as fat in the body. While the effects may not be noticed immediately, those excess calories gradually build up and eventually leads to more weight gain.

The best strategy is to have a balance in calorie intake and calorie expenditure. In people who are already overweight, a calorie deficit, which means more calories are burnt than consumed in a single day, is advisable, as this can help them reach a healthy weight.

In one clinical study (3), 12 pairs of male twins were analyzed to determine how much of effect genetics may play in weight gain. Each individual was provided with a calorie surplus of 1,000 calories per day. The study went on for 100 days, but the individuals were only overfed for a total of 84 days. Several measurements were taken before and after the study to accumulate accurate data.

The study found a significant similarity in weight gain between each twin pair that was part of the study. The most important similarities noted in the study was in terms of an increase in abdominal visceral fat, along with regional fat distribution.

Processed foods are found everywhere, and they often tend to be much cheaper compared to buying whole food options. This can easily encourage a person to opt for the processed version of a food item instead – not only would this be a cheaper option, but it would also allow them to get more for the price of a whole food option.

Unfortunately, processed foods contain a lot of additives and often artificial ingredients that are harmful to the human body. Additionally, the majority of these foods contain little nutritional value – and the body requires nutrients to function properly.

This basically means that a person is eating “empty calories,” as they are often referred to when they opt for processed foods. Furthermore, since these food options tend to be cheaper than unprocessed options, this essentially also promotes overindulging in the specific food. Many manufacturers also add certain additives to their processed foods to make them taste great – further increasing the risk of overeating.

4. Food Varieties To Choose From

While we are on the topic of processed foods, we should also mention the fact that the varieties of foods that are available for a person to choose from may also be considered an important contributing factor to obesity.

Walking into the majority of stores in the modern world exposes a person to mostly junk foods – advertisements are all over these places for the worst kinds of foods that they can really buy. The healthy food options are often very limited compared to these unhealthy options.

There is also the fact that there are certain neighborhoods that don’t provide a person with access to whole food options. Instead, the local stores in the neighborhood tend to be filled with a large variety of unhealthy foods – often in the form of highly processed, cheap foods, that does nothing but add to the person’s daily calorie intake.

Addiction is not only that can be caused by drugs such as cocaine and substances like alcohol. Most people do not realize that sugar can also be a substance that causes addiction. While this may sound crazy, scientific studies have proven that the use of sugar tends to activate similar brain pathways and cause the release of certain chemicals – in the same way that alcohol, cocaine, and other addictive substances do.

According to one study (4), the use of sugar causes dopamine and opioids to be released in the body. Dopamine is considered a “pleasure” chemical. This means the body starts to associate sugar with pleasure – in turn, and the body craves more and more sugar.

The study found that sugar addiction leads to similar effects as drug addiction. A person can crave more sugar and they can “binge” on sugar. Furthermore, it has also been found that a complete cessation from sugar can lead to potential withdrawal symptoms.

The body depends on the secretion of multiple hormones to function properly. Some hormones may contribute to weight gain, while others may assist in weight loss. An imbalance in these hormones can be harmful to the overall well-being of the body and may also lead to excess weight gain, as well as obesity. When hormones are not properly balanced in the body, it can also make losing excess weight a seemingly impossible goal to reach.

Estrogen is of particular concern in the aging woman. At a certain point in a woman’s life, she reaches a period known as menopause. During this time, the production of estrogen starts to decline. Estradiol is also of concern here. This particular hormone is known to assist in the regulation of the body’s metabolism and also plays a role in maintaining body weight.

As levels of estradiol decline, so does the rate of the metabolism. This can eventually cause fat accumulation, especially in the abdominal area. Abdominal fat is particularly dangerous.

Here’s a shocking fact: As many as 20% of the deaths among people who are older than 35 are linked to poor physical activity levels. A sedentary lifestyle is exceptionally dangerous. The body needs adequate physical activity in order to function properly. Physical activity helps to maintain muscle mass and physical strength, ensures bone density is maintained, contributes to a healthier heart, and even affects the mental health of a person.

With insufficient physical activity, many dangers start to become present. Muscle mass declines. Bone density goes down. And since a person is not burning calories through exercise, fat will start to accumulate throughout their bodies, leading to excessive weight gain and ultimately obesity.

This is why a sedentary lifestyle is often referred to as “the sitting disease” today. Recent statistics show that the average American adult sits for around 11 hours each day (5). Furthermore, only an estimated 6.5% of American adults ensure they get enough exercise.

While it is well-known that insulin has an important role to play in the distribution of glucose in the body, many people are unaware of the fact that this particular hormone also has a function in fat distribution. Insulin is secreted by the pancreas in response to a rise in glucose levels in the bloodstream.

Apart from ensuring glucose can be pushed into cells, which then use the glucose to generate energy and function, insulin is also a hormone that communicates with fat cells. Insulin is able to signal fat cells to store more fat. The hormone can also signal fat cells to continue storing the fat that is already stored inside.

Insulin resistance is a very common condition today and predisposes a person to conditions like type 2 diabetes. When a person becomes insulin resistant, it means their body needs to make more insulin to compensate for the fact that cells are not effectively responding to the current level of insulin in their bodies.

Leptin resistance is another important factor that we should consider here. Leptin is yet another hormone – this particular hormone has a major impact on food intake. Leptin has a role to play in appetite. The hormone is produced by the fat cells that are present in the human body and helps to regulate appetite – when leptin levels are higher, appetite is reduced. This is how the hormone works in healthy people.

The normal thought here would be that a person with excess weight should have a significantly reduced appetite. Unfortunately, this is also where things get complicated. Studies have found that leptin becomes less effective at regulating a person’s appetite when they have too much fat in their body.

Leptin needs to communicate with the brain in order to signal a state of satiety – to reduce hunger and properly regulate appetite. One study (6) explains that among those who are obese, it seems like these hormones are less effective at signaling the brain. This is when leptin resistance starts to develop, and the body does not respond effectively to the presence of leptin anymore.

While obesity is often associated with excessive calorie consumption, there are other factors, including genetics and hormone balances, that may also contribute to the excess weight in the body. Understanding all risk factors and identifying those that are affecting a particular person can assist in preventing obesity more effectively. This post provided an overview of some important issues that are considered contributing factors to obesity.

PhentermineDoctors has strict sourcing guidelines and relies on peer-reviewed studies, academic research institutions, and medical associations. You can learn more about how we ensure our content is accurate and current by reading our editorial policy.
obesityoverweightweight loss