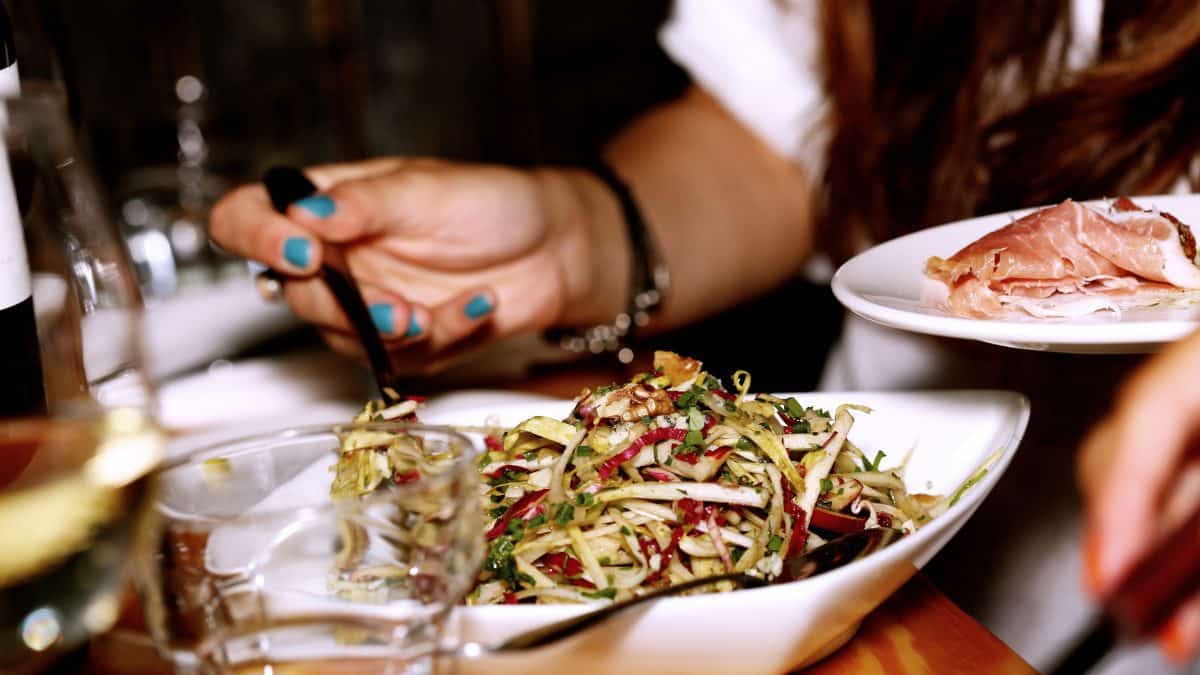 Every New Year, millions of people make resolutions often tackling old goals with renewed spirit and enthusiasm. According to surveys, one of the most common goals is to lose weight and get into shape.

In 2016, ten states in the US reported that 70% of their population was either overweight or obese, which can be considered as a significant public health crisis (1).

Aside from the many health issues that arise from obesity, social stigma can just be as depressing. Overweight and obese people are often seen as unattractive, which drives much of the motivation to reduce weight rapidly.

Ever since obesity became a major health issue worldwide, countless weight-loss programs and products have come and gone. Many have tried to include more fruits and vegetables in their diet, while some are turning to technology for help.

Quick diets truly have a huge appeal, but finding the right one for you may not that be easy. Listed below are some of the most popular and widely accepted diets today. Learn how they work so you’ll know which one is your perfect match.

Known as the most famous low-carb weight loss diet in the world, this was first introduced in the early 1970s by Robert Atkins, a cardiologist.

The Atkins diet is known to be effective in inducing rapid weight loss without hunger. It has four stages.

The first two weeks are known as the Induction Phase. During this time, carbohydrates are limited to only 20 grams per day, but high-fat and high-protein foods are still allowed. This kick-starts weight loss. The body will start to convert fats into ketones, which will serve as its main source of energy.

During the Balancing Phase, followers will gradually add back their carbohydrates in 5-gram increments to identify their “critical carbohydrate levels” for losing weight and maintaining the loss. Followers can now add more nuts, low-carb vegetables, and small amounts of fruits back in their diet.

Phase 3 is known as Fine-Tuning. Followers who are very close to their goal weight may now add more carbohydrates until weight loss slows down.

The last phase is for maintenance. This time, you can eat as many healthy carbohydrates as your body can tolerate without regaining weight.

Several studies found out that the Atkins diet is at least as effective or sometimes even more effective than other diets (2, 3, 4, 5).

According to the famous A TO Z study, more than 300 overweight women who followed the Atkins diet lost more weight as compared to those who took the low-fat Ornish diet, the LEARN diet, and the Zone diet (6).

Other controlled researches have shown similar results, along with some improvements in heart disease risk factors (7, 8, 9, 10).

Dr. Arthur Agatston is yet another cardiologist interested in helping patients lose weight sustainably without getting hungry. He actually likes certain aspects of the Atkins diet but was concerned about increasing the risk of heart diseases with the unrestricted use of saturated fats.

Therefore, in the 1990s, he formulated a lower-carb, lower-fat, high protein diet popularly known today as the South Beach diet. It was named after South Florida, his location for practice.

Although stage 1 includes low-carb and very low-fat diets, phases 2 and 3 are less restrictive. During these times, followers are allowed to have limited amounts of all kinds of unprocessed foods while keeping protein intake high.

According to one study, protein can burn more calories during digestion as compared to fats and carbs (11). Also, it stimulates the release of hormones that control hunger, which helps followers feel full for longer hours (12, 13).

Several studies have concluded that high-protein, low-fat diets have caused greater reductions in weight, fat, and triglycerides levels as compared to low-fat, normal protein diets. There is also better retention of muscle mass (14).

A published 12-week study showed an average drop of 11 pounds or 5.2 kg in pre-diabetic patients. They also lost an average of 2 inches in their waistline. More so, there is a reduction in fasting insulin levels and an increase in cholecystokinin, a hormone that helps promote fullness (15).

Although this diet is nutritious overall, it demands an unwarranted drastic restriction of saturated fat and encourages the use of processed seed oils and vegetables, which may pose some health problems with other patients.

Zone diet can help you lose 1-2 pounds per week. It works by balancing the daily intake of carbohydrates, proteins, and fats while considering portion control, which is very important during weight loss.

This diet focuses on keeping your insulin levels stable or “in the zone.” This allows you to lose weight without losing energy. It involves consuming 40% carbohydrates, 30% proteins, and 30% fat in a 24-hour period. The daily allowance of calories is 1200 and 1500 for women and men, respectively (16).

As far as portion control is concerned, you’ll only need your hand and eye. At first, you may need an actual scale, but as you go on, you must get used to estimating portion sizes by yourself.

Studies suggest that the zone diet can be used to lose weight and control blood sugar, insulin resistance, and inflammation (17, 18, 19).

Results from a six-week study showed that those who followed the Zone diet lost more weight and body fat as compared to those who had low-fat meals. There is also a 44% reduction in fatigue (19).

Vegan diets have become very popular among overweight and obese patients. They’ve been criticized for being extreme and unbalanced because it strictly prohibits intake of animal products. On the other hand, others liked it very much because it is an ethical, healthy way of eating.

Vegan diets can be either healthy or unhealthy, depending on the foods they contain. Researches have shown that vegan diets based on whole foods can you lose weight and reduce several risk factors for heart diseases (20, 21, 22).

One controlled study looked after 63 overweight adults following five different diets for 6 months. Results showed that those who are in the vegan group lost more than twice as much weight as compared to others (21).

In a two-year controlled study of 64 overweight older women, vegan dieters have lost four times as much weight as compared to those who followed a low-fat diet (20).

Though being labeled as “fad”, a ketogenic diet can be very effective for weight loss. It works by decreasing insulin levels and using ketones as your main source of energy. You’ll be in a state known as ketosis.

However, unlike other low-carb diets, this does not gradually increase your carbs. Instead, you’ll keep a very low carb intake, approximately 50 grams per day or lower, to maintain ketosis.

Results from a controlled two-year study showed that those who followed a ketogenic diet lost an average of 27.5 pounds and 29 inches from their waists. These were significantly more than the low-fat group, even if both diets were calorie-restricted (24).

More so, even when calories are not intentionally restricted, ketogenic dieters have shown less interest in calorie intake. Studies suggest that this may be due to ketones’ ability to suppress appetite (25).

Dukan diet is also classified as a fad diet. It was developed by Doctor Pierre Dukam in the 1970s. It has four stages.

The initial stage is known as the Attack Phase. It consists of unlimited lean-protein foods to prompt rapid weight loss as a result of increased metabolism and decreased appetite.

Other foods are added with every stage until one reaches the Stabilization Phase. During this time, no foods are strictly off-limits, but vegetables and high-protein meals are highly recommended. The final phase also limits the intake of Attack Phase foods to just one per week.

As extreme as this diet appears, it does help in losing weight.

Although there are not many studies on the Dunkan diet specifically, a systematic review of 13 controlled studies proved that high-protein, low carb diets are better than low-fat diets for weight loss and reducing the risk factors of heart diseases (27).

The Paleolithic diet is based on the foods that hunter-gatherers ate hundreds and thousands of years ago. It is also classified as “fad” because it restricts many foods like grains, legumes, and dairy. Also, critics have pointed out that it is nearly impossible to eat the same foods as that our ancestors did.

However, paleo is a balanced diet. It removes processed foods and encourages followers to eat plant and animal products.

Studies have proved that this diet can help you lose weight to become healthier (28, 29, 30).

One study followed-up 70 obese older women. Those who took a paleo diet have lost significantly more weight and abdominal fat after 6 months. Decreased triglyceride levels in the blood were also observed (28).

Another study observed that older obese women who followed a paleo diet in 5 weeks have lost 10 pounds and had an average of 49% reduction in liver fat. Also, women experienced decreases in blood pressure, insulin, blood glucose level, and cholesterol (30).

The 5:2 diet is a type of intermittent fasting more popularly known as alternate-day fasting.

With this diet, you can eat normally for five days weekly and limit your calorie intake to an average of 550 for the remaining 2 days. This causes a calorie deficit that will lead to weight loss.

Because of the very low-calorie allotment on the 2 “fast” days, many had classified this as a fad diet. But, there are proofs that alternate-day fasting can be effective for weight loss (31).

One research found that this type of fasting does not cause excessive calorie intake on eating days. This is being linked to the release of peptide YY (PYY), a hormone that can help one feel full for longer hours (32).

Importantly, though it is not possible to completely avoid muscle loss while reducing weight, the 5:2 diet seems to be superior for keeping muscle mass as compared to other types of calorie restriction (33, 34).

Fad diets will always be on the spotlight, and new plans will continue to be formulated to address everyone’s desire to shed off pounds quickly.

While there are many unbalanced fad diets that don’t live up to their claims, there are several that actually do.

To achieve your weight loss goal, it is very important to find a healthy way of eating. Go for something that you can still enjoy and sustain for life.

previousHow To Motivate Yourself To Lose Weight

nextHow To Lose Weight After You're 40