Can Beetroot Juice Help with Running Performance and Weight Maintenance

A Powerhouse of Nutrients|
Performance in Sports and Exercise|
Good Observations and Results|
Other Benefits|
Is Drinking Beetroot Juice Helpful for Losing Weight?|
Precaution|
Conclusion

Beetroot, scientifically known as Beta vulgaris, is a root vegetable with various applications, including culinary, medicinal, and even ergogenic use. 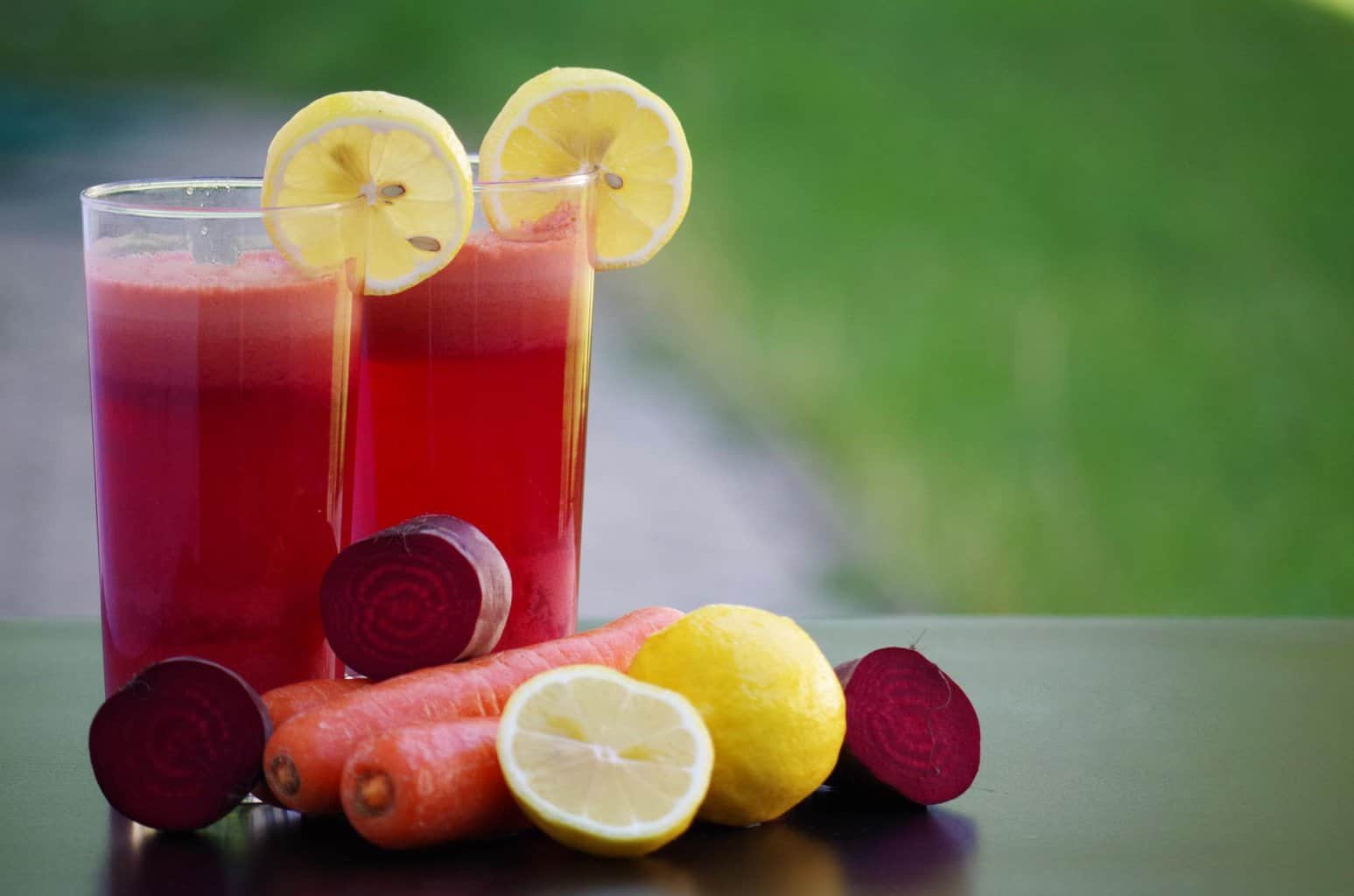 Although there are multiple variants of the vegetable in the shape of a heart, the red beetroot is the most common type consumed by people concerned about their health.

In addition to nitrate, beets are an abundant supply of powerful antioxidants such as vitamin C, carotenoids, phenolic acids, and flavonoids. Beets are also a good source of nitrate. Nitrate is a molecule found in its natural state in certain foods. When it is taken, nitrate transforms into nitric oxide.

A Powerhouse of Nutrients

According to several studies, eating plants rich in nitrate can improve one’s health and athletic ability.

Nitric oxide production in the body can be increased by consuming beet juice. According to research, nitric oxide can augment the knowledge of muscles to contract, improve lung function, and increase blood flow.

Because of this combination, athletes have been inspired to take beet juice supplements to boost their cardiorespiratory endurance and overall physical performance.

Athletes and active adults are increasingly gravitating toward diets rich in nutrients. It has been demonstrated that diets high in vegetables, such as beets, significantly impact the body’s exercise activities. Beetroot juice has emerged as one of the most well-liked ergogenic aids for athletes. Why is the beet considered to be such a nutritional powerhouse for athletes?

Performance in Sports and Exercise

It is impossible to overstate the significance of an athlete’s and an active adult’s cardiorespiratory fitness. This aspect of physical fitness refers to the capacity of the circulatory and respiratory systems to provide oxygen to the muscles that are actively contracting throughout extended bouts of physical activity.

This process is aided by nitric oxide (NO), which comes from beet juice. It has been demonstrated to improve muscular function while also enhancing cardiorespiratory performance.

Nitric oxide (NO) exerts its effects by boosting physiological activities involved in oxygen consumption. It causes your blood vessels to dilate (vasodilation), increasing blood flow and more oxygen delivery to the muscles. Additionally, nitric oxide acts as a signaling molecule, which allows it to communicate with the cells and tissues of your body. This communication assures that more blood will flow to the muscle and that the muscle will take in a suitable amount of oxygen.

According to a limited study carried out in 2014, drinking beetroot juice may provide some athletes an advantage over their competitors and has been demonstrated to increase performance by almost 16 percent.

Research on athletes competing in various sports, including running, swimming, cycling, and power walking, has been done using beet juice. The purpose of all of this research was to investigate whether or not drinking beet juice has any positive impact on one’s athletic ability.

In a recently published study, fourteen male swimmers were given beetroot juice supplements to see how they affected their aerobic performance. All of the participants were experienced athletes who were in their middle the to late thirties and were in pristine physical condition. Experiments under controlled conditions were carried out in both the presence and absence of a supplement consisting of beetroot juice. Throughout the swim test, the researchers monitored the athletes for their maximum volume of oxygen consumption (VO2) and their aerobic energy expenditure.

After receiving beet juice as a supplement, the swimmers saw a significant increase in their anaerobic threshold compared to when tested without the juice. Because of this increase in oxygen capacity, they could swim for a more extended time before reaching their physical limit after consuming beet juice.

They also discovered that the athletes’ aerobic energy expenditure decreased when they supplemented their diet with beet juice. The swimmers increased the amount of time exercising because physical activity reduced their energy expenditure.

The findings suggest that supplementation with beetroot juice may improve the athletic performance of master-trained swimmers. Nevertheless, the study’s authors pointed out that additional research is required to understand whether or not beetroot juice may be advantageous for highly skilled people swimmers.

There has been a lot of research that indicates how beneficial beet juice is in improving athletic performance. The majority of this investigation was carried out in settings that many considered typical. There is a lack of consensus on whether or not drinking beet juice is beneficial for athletes competing at higher altitudes.

Working out at high elevations places additional demands on the body, particularly a lower supply of oxygen to the muscles. The most important factor contributing to a lower oxygen concentration is the fall in oxygen pressure at more significant elevations.

The nitric oxide (NO) found in beet juice may affect the body depending on the elevation at which they are consumed.

Runners who were already very fit were put through a simulation of running at altitude, in which the air pressure was the same, but the oxygen levels were significantly lower. After supplementing with beet juice, the levels of nitrate in the blood were found to have increased; nevertheless, the results did not show an improvement in running performance.

Another clinical study revealed that a tiny portion of the population does not sense a benefit from supplementing with beet juice when exercising at high elevation. This study was conducted at a high altitude. Doing so improves one’s athletic performance; however, this might not be the case for all athletes who take it.

The effects of beetroot juice on improved cardiorespiratory endurance in athletes were the subject of a systematic review that was carried out on numerous previously published articles.

The selection process resulted in the study of about twenty articles.

This study aimed to investigate the effects of beetroot juice on athletes’ cardiorespiratory endurance, both on its own and with additional supplementation.

The articles covered various sports and featured male and female athletes from different fields. There were kayaks, triathletes, cyclists, swimmers, and runners among the athletes mentioned, together with healthy adults. The following paragraphs contain a summary of the findings from these studies:

It has been shown that eating beets or juicing beets can increase athletic performance. Beets are also considered a popular superfood that can improve general health. It has been proven that consuming beetroot juice can assist with the following:

Chronic studies on hypertension have shown that beetroot juice contains a significant nitrate.

Nitrate is transformed into nitric oxide whenever a person consumes beets or drinks beet juice. Nitric oxide is a vasodilator, which means that it works by relaxing your blood vessels and opening them up so that more blood can flow through them.

This has an immediate impact on the pressure within your blood vessels. Consuming 500 milliliters of beetroot juice three hours later results in a considerable drop in blood pressure.

According to these findings, dietary nitrate, which may be found in beets, may serve as a natural and inexpensive method of treating hypertension and lowering the risk of cardiovascular disease.

There is some evidence that the antioxidants or phytonutrients found in beets can help lower the chance of developing cancer. There are no studies conducted on humans, but evidence obtained in vitro (in test tubes) reveals that red beetroot extract contains cancer-fighting chemicals comparable to those found in some anti-cancer prescription medications.

It has been demonstrated that betanin, a food color derived from beets, possesses physiologically active properties. According to findings from studies conducted in vitro, betanin can shrink the size of breast and prostate cancer cells. These findings have prompted additional research to determine whether or not beetroot extract possesses chemopreventative capabilities.

Both beets and beet juice are excellent sources of antioxidant betalains. The phytonutrients known as betalains have been demonstrated to help lower inflammation throughout the body. They accomplish this by inhibiting the activity of specific enzymes, such as those responsible for inflammation.

Studies conducted in vitro have shown that drinking beetroot juice can reduce inflammation in the body, lowering the chance of developing cardiovascular disease and type 2 diabetes.

Beets are an excellent source of concentrated nitrate and other nutrients that have been found to boost both your health and your level of physical fitness. According to research, around 80 percent of the nitrates consumed in the diet come from plants such as beetroot.

The following chart, which was published in the American Journal of Clinical Nutrition, will help pick vegetables according to the amount of nitrate that they contain:

Juice extracted from beets is loaded with beneficial elements yet contains only a few calories per serving. Because of the high roughage content, it helps the stomach remain full for longer. Because of this, it is an excellent option for nourishment for people who are attempting to reduce their weight. Because one beetroot only has 35 calories, drinking beetroot juice can assist in weight loss by giving a low number of calories per serving. Another benefit of drinking beetroot juice is that it can serve as a valuable supplement for physical activity.

Because it helps boost stamina and endurance, beetroot juice makes it possible to exercise for extended periods and burn more calories. This is how drinking beetroot juice can assist you in losing weight, and it can also be used as a food replacement for those who are attempting to reduce their caloric intake.

Look for the best beet juice recipe online. Homemade beet juice are the most natural and healthy!

Beetroot juice is considered among the healthiest beverages and meals that one may consume. On the other hand, drinking beet juice could cause your urine and feces reddish hue. This happens frequently, so there is no need to get worked up about it.

The beetroot is an exceptionally healthy vegetable with a high proportion of fiber to its overall calorie content. Consequently, it can prevent feelings of hunger, fill you up, and assist you in maintaining a calorie deficit diet, provided that you are conscientious about the foods you consume. You can prepare beetroot juice for weight reduction with other vegetables and fruits, including celery, apples, carrots, lime, grapefruit, pomegranate, and tomatoes. This will give the drink a more robust flavor. In addition to improving the taste of beetroot juice, each possesses healthy characteristics and acts as an aid in losing weight. If you drink beetroot juice, you could notice a slight change in the color of your urine or feces, but this is entirely normal and should not alarm you.

It has been proven that nitrate in beets and other foods can be converted into nitric oxide (NO), which has been established to boost athletic performance and improve cardiovascular health. According to the overwhelming evidence, beets and other nitrate-rich plant foods offer significant health benefits.

In addition to eating raw, beets can also be ingested as a powdered supplement. Before your next workout, a glass of your favorite homemade beetroot juice recipe could be just what you need to give you a lift!

PhentermineDoctors has strict sourcing guidelines and relies on peer-reviewed studies, academic research institutions, and medical associations. You can learn more about how we ensure our content is accurate and current by reading our editorial policy.
diet and weight lossdiet plansdiet tipsweight lossweight loss drinksweight loss plansweight loss strategyweight loss tips